In recognition of the Second Annual International Pompe Day, the International Pompe Association (IPA) would like everyone to take a moment and think about where we have been, where we are, and where we are going. Everything that has been accomplished has been because of our strength as a community, and it is our strength as a community that will see us to the next breakthrough in treatment and disease management.

The IPA and our affiliates have organized a variety of awareness activities to commemorate the Second Annual International Pompe Day. These include workshops, fundraisers, awareness campaigns, and an online Photo Gallery on the IPA website!

The goal of the International Pompe Day fundraiser is to raise $50,000 (USD) to develop and produce a short film to raise awareness of Pompe disease. In particular, the need for access to therapy and the importance of early diagnosis will be emphasized. Studies have shown that early diagnosis and access to treatment results in the best long-term results for Pompe patients, and we believe that our short film will help future Pompe patients be diagnosed sooner by raising awareness of Pompe disease.

The “Pause for Pompe” challenges people to “Pause” (stay completely still) for 40 seconds. This 40-second Pause challenges participants to see what the most severely affected Pompe patients experience–the inability to move. It also represents the 1 in 40,000 people in the world that are affected by Pompe disease. So Pause for Pompe and donate to the IPA’s International Pompe Day Fundraiser so that future Pompe patients will no longer be forced to Pause!

For more information on the Pause for Pompe and to learn how you can participate, please visit the IPA website: www.worldpompe.org. 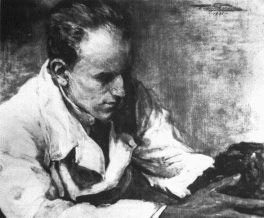 Pompe disease was named after the Dutch pathologist Dr. J.C. Pompe who presented in 1932 the case of a 7-month old infant who had died of idiopathic hypertrophy of the heart. In addition to the cardiac problems, the infant had generalized muscle weakness. Dr. Pompe made the crucial observation that the baby's symptoms were associated with massive storage of glycogen in virtually all tissues. Dr. M. Putschar reported a similar case in the same year. In the listing of metabolic glycogen storage diseases, made by Dr. G.T. Cori in 1954, Pompe disease was ranked as number 'two' and named 'Glycogen Storage Disease type II' (GSD II).

Dr. J.C. Pompe became active in the Dutch resistance during World War II by finding hiding places for Jews and by keeping an illegal transmitter in his laboratory to broadcast messages to the United Kingdom. When he was forced to become a member of the Nazi Medical Association to continue his medical practice, he refused and ceased to practice as a physician because he didn’t want to be associated with any Nazi practice or group. During a raid on his lab, the Nazi’s found the transmitter Dr. Pompe had been using and he was arrested.

Dr J C Pompe was executed by firing-squad on 15th April 1945, at 8.30pm, in St. Pancras Netherlands as a reprisal against the Resistance for killing two SS officers a day earlier.

On May 5, 1945, the Netherlands was liberated by the Allied Forces.

Pathology
Pompe disease, also termed glycogen storage disease type II or acid maltase deficiency, is an inherited lysosomal storage disorder with an estimated frequency of 1 in 40,000 births. The disease is characterized by a total or partial deficiency of the enzyme acid α-glucosidase. This enzyme is needed to break down glycogen that is stored within the lysosome, a cytoplasmic organelle involved in cellular recycling and tissue remodeling. Deficiency of acid α-glucosidase leads to accumulation of lysosomal glycogen in virtually all cells of the body, but the effects are most notable in muscle, an organ present in all areas of the body.

Presenting symptoms
Pompe disease is a spectrum disease with classical infantile onset at the severe end of the spectrum and the late onset at the other side of the spectrum. Patients at the severe end of the spectrum typically present with symptoms within the first several months of life. Affected infants have profound and progressive muscle weakness manifested in a 'floppy baby' appearance. Other key manifestations include respiratory insufficiency, enlarged heart, failure to reach developmental milestones, feeding difficulties and an enlarged liver.

There also are “milder” forms of Pompe disease presenting later in life from the age of 1 to the age of 99 with progressive weakness of mainly the skeletal muscles of the trunk and the lower limbs. Patients often have a waddling gait and may have difficulty climbing stairs or rising from a chair. Common respiratory symptoms include shortness of breath, sleep-disordered breathing, and progression to respiratory failure. Other symptoms may include scoliosis, scapular winging, muscle pain, fatigue and frequent falls. If Pompe patients are untreated they will need respiratory support, they become wheelchair dependent, will not be able to lift their arms and it can be fatal. When Pompe disease is suspected, the diagnosis can be confirmed by demonstrating the lack of acid α-glucosidase activity in cells or tissues of the patient. The acid α-glucosidase deficiency in Pompe disease is caused by pathogenic mutations in the gene (DNA) prescribing the mode of synthesis and function of acid α-glucosidase. If the mutations are known, Pompe disease can also be diagnosed by DNA analysis.

Treatment
Pompe disease has long been an untreatable disorder, for which only supportive care was available. In March 2006 the first treatment for patients diagnosed with Pompe disease received marketing authorization in the European Union, followed in April 2006 by FDA approval in the United States. It is an 'enzyme replacement therapy' (ERT). The rationale for this therapy is to treat the disease by intravenous administration of the deficient enzyme.

The marketing approval of the first ERT for Pompe disease was the result of many years of research and development. During the development of the therapy, two methods using recombinant DNA technology have been explored: production of the enzyme in the milk of transgenic rabbits and production in Chinese Hamster Ovary cells (CHO-cells). The current product is recombinant human acid α-glucosidase derived from CHO-cells.

At the moment treatment is available in more than 40 countries. It gives hope and a new perspective to patients and their families who have to deal with this very rare disease. The IPA by starting this awareness campaign wants to pinpoint the effect working together can have. Together as a world-wide community we have proven to be strong and effective. Together We Are Strong!

**Thank you to Erasmus University Medical Center for providing the pictures and the technical information on Pompe Disease.